2016 marks the 200th anniversary of the birth of Anna Maria Fox, a staunch advocate of Cornish innovation and culture, who aged 17 co-founded what is now known as the Royal Cornwall Polytechnic Society.

In celebration of her remarkable life and legacy, Cornish production hub, Scary Little Girls, will be hosting a number of exciting events, exhibitions, and performances to be held in and around Falmouth, throughout 2016.

The project will commence on the evening of February 20th, with a birthday celebration. Members of the public are invited to join a rich cultural assembly. This will include local choirs performing Quaker hymns and popular Cornish classics in which the audience will be invited to participate; professional actors giving readings from the colourful Fox family diaries; leaders from different faiths talking about Falmouth’s religious and cultural heritage and members of the Fox family in conversation about Anna Maria and her influence.

Guests will then be invited to stay on for drinks and a share of the specially commissioned giant birthday cake!

The programme of events, funded by the Heritage Lottery, will see Scary Little Girls collaborate with respected local institutions including Falmouth University, The Royal Polytechnic Society, and The National Trust at Glendurgan Gardens.

Rebecca Mordan, Artistic Director of Scary Little Girls said: “The legacy of Anna Maria Fox is all around us in Falmouth, but the woman herself is not as well known. We are working with local organizations to preserve and celebrate her life.

Anna Maria’s hopes for the development of science, the arts and culture in Cornwall are, today, realised by our local artists, scientists, and her own family. With these anniversary events, we hope not only to do her memory justice, but also explore how science and art are still thriving in Cornwall today.

The lack of women in science has been a hot topic the past few years. Anna Maria Fox conceived and co-founded in Falmouth the first British institution to use the name “polytechnic” – The Royal Cornwall Polytechnic Society – now affectionately called “The Poly”. Such an inspirational figure for our young scientists and entrepreneurs deserves to be celebrated.”

The birthday celebration commences at 6.45pm on February 20th in King Charles the Martyr Church, Falmouth. Attendance is free, and guests are urged to arrive early to avoid disappointment.

A new panto for Cornwall this Christmas!

We’re so excited to present our first ever panto, Duffy Beats The Devil! – a brand new comedy caper specially… 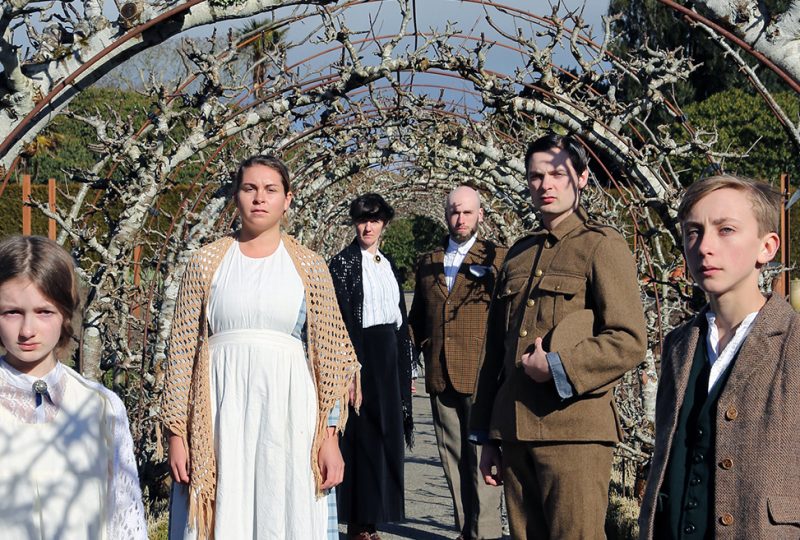 100 years ago, a Cornish village waits for the gardeners of Heligan to come back from the Great War… Powerful…

We are very excited about Pens, Paints, Swords and Fish, Scary Little Girls’ enthralling blend of interactive performance, poetry and song which…