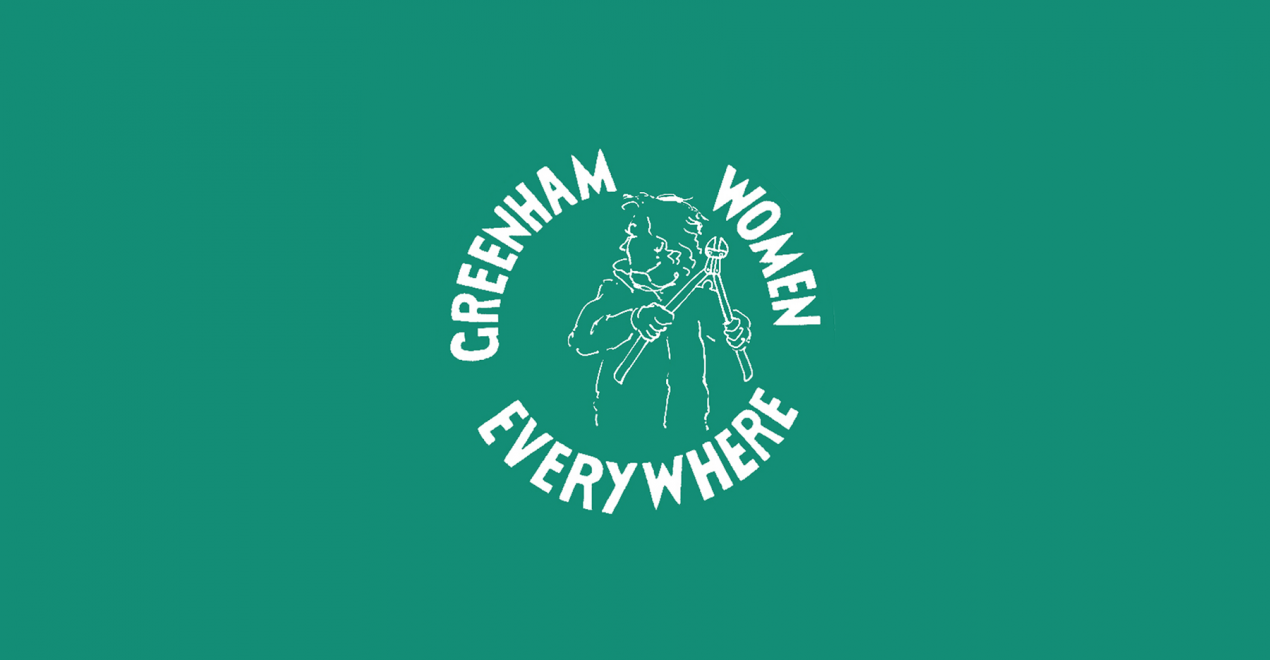 In September 1981, 36 women walked from Cardiff to the RAF base at Greenham Common in protest against the American government holding nuclear cruise missiles on common land. This marked the beginning of a 19 year protest at Greenham Common.

The Common became home to thousands of women acting in political resistance to the nuclear arms race. In Autumn 2018, The Heritage Lottery Fund South West awarded Cornish feminist theatre hub Scary Little Girls, in partnership with The Heroine Collective, a £50k grant to bring this hugely important piece of feminist history and heritage into public access.

With this funding, Scary Little Girls and The Heroine Collective embarked on an 18-month project to interview the women who formed the Greenham Common Women’s Peace Camp between 1981 and 2000. This adventure took our pop-up exhibition to a range of places, including Manchester Histories, The Pankhurst Centre, Goldsmiths University, Cambridge University, FiLiA, Hebden Bridge Town Hall, Gloucester History Festival, Nottingham Women’s Centre and The University of The West of England. It culminated in the largest collection of oral testimonies of the Greenham Women yet collated, digitised and made available to the public. 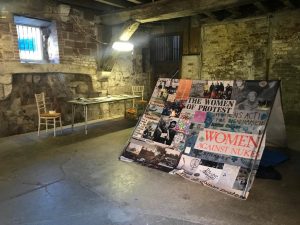 But the legacy of Greenham is no longer in the past. Fired up by the inspiration of our foremothers, Greenham Women Everywhere took on a life of its own and became a registered non-profit. Since then, it has galvanized the next generation with sing-a-long events, book clubs and crowdfunding projects.

A key priority in recording and publicising Greenham’s legacy was to ensure that it was preserved in the digital space as well. We worked with Animorph Co-operative to create Greenham Woman Digital, an archival and interactive website that recreates the experience of the Greenham Common Women’s Peace Camp.

We also worked with writer and artist LH Trevail to bring the intimate campside chats of Greenham to everyone. LH created our first Campfire in 2020, drawing on oral history interviews from our Greenham Women Everywhere project. Campfires are virtual conversations where visitors gather to have digital conversations with Greenham Women, choosing which questions to ask to direct the narrative.

The Greenham Women Everywhere project was managed by Rebecca Mordan at Scary Little Girls and Kate Kerrow at The Heroine Collective. Thank you to Rachael Miles and Clare Johnson from The University of The West of England, sound designer Sarah Llewelyn and photographer Christine Bradshaw for their professional expertise in design, sound, ethics and photography. Thank you to all our partners who have been so crucial in getting this project off the ground.

Learn more about Greenham below (from Greenham Women Everywhere):

The Peace Camp was established to protest nuclear weapons being placed at RAF Greenham Common in Berkshire. Women from all over the world braved every weather and indignity to live together in order to protest peacefully and creatively about the threat to humankind from the nuclear arms race. In a time before the internet and mobile phones, the women and their supporters managed to organise thousands for actions like “Embrace the Base” in 1982, in which 30,000 women held hands around the edges of the common.

Though it was the largest demonstration in modern history, we have relatively little information about life on camp from the women themselves. In these in-depth and moving interviews, we learned the truths behind the tabloid myths, the anecdotal details, the political strategies and the personal stories of the women who championed peace.

Now we bring this incredible heritage right into your hands.

The interviews are deliberately authentic, and have only received light editing. This project is about the women telling those stories in the way they wanted to without us shaping, curating or altering their narratives.

We hope you enjoy exploring this archive. It is dedicated to all the women of Greenham. We cannot thank the women we met enough for their generosity towards us, but we are also eternally grateful to every single woman who went to Greenham, for her awesome contributions at camp, and for her ongoing commitment to making the world a better place.