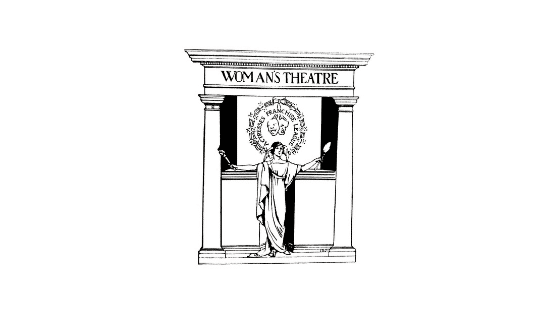 Season Four of Salon de la Vie will be a collaboration with Dr Naomi Paxton on everything you didn’t know about the suffragettes and their creative campaigning!  We’ll combine recorded extracts, songs, special guests and live shows in this season to celebrate the wild, wonderful, wise and witty women of the first wave.

Join us on July 14th for The Woman’s Theatre. Get your stout and stormy cocktail in your hand for an exploration of the way theatre could have, and occasionally was, when women had their say! Here we will look at the way suffrage campaigners imagined a theatre they could be part of, including female producers and playwrights, crèches, and an end to the casting couch… so much to admire and yet to apply to the modern mainstream…

We’ll start by getting fun and frisky with songs from Marie Lloyd and then finishing with a delve into the world of those women, both in the Suffrage movement and without, who campaigned against the rapidly industrialising sex trade in the Victorian era – including a little known early version of The House of the Rising Sun from a woman’s point of view!

★Marie Lloyd was not allowed to tour the USA due to what they termed her ‘moral turpitude’!

★Thanks to the Suffrage movement, women imagined theatre’s that might work better for them all over they world, from London and America to Denmark and Japan

★Versions of The Rising Sun go back centuries as a ballad, with musicologist’s tracing it back to 16th century English bawdy houses and Louis XIV’s France.