Thank you to everyone who’s volunteered for our exciting new project celebrating the Greenham Women!

The Living Legacy of the Greenham Women

Update: thanks to a terrific response from you the wonderful and generous public, we’ve now filled all our volunteer places for this project.  We’ll leave the background info here so you can see what we’ve got planned… more info to come as we get underway!

Volunteers are helping us with an exciting new political heritage project

Supported by The Heritage Lottery Foundation and in partnership with The Heroine Collective, feminist theatre hub Scary Little Girls are launching a project to interview and celebrate the remarkable women of the Greenham Common Peace Camp. The Greenham campaign was the largest and most radical female-run political campaign since the Suffragettes.

We are tracing the living Greenham women and sending volunteers to interview them in an effort to capture their oral testimonies. The interviews will be in-depth and could last 2-3 hours each.

We want you to be able to capture the memories and essence of each individual Greenham woman’s experiences on camp. We’re looking for anecdotes and observational details, as well as to really understand what it was like to live on camp, and the inside story on the political strategies around the campaign.

The oral testimonies will then be hosted online in a specially designed website, and also in the Women’s Library at The London School of Economics, making these women’s first person testimonies available to the public for the first time.

Additionally, a pop-up exhibition which will tour at 20 venues around the country. Volunteers will each co-host 2 exhibitions, meeting local people and helping to spread the word about this history.

Prior to interviewing the women, volunteers will be given a supported research period to equip themselves with enough info about Greenham to be an effective interviewer. All ten of you will also be invited to a specialist training day in Research and Interview Ethics at the University of the West of England in Bristol with our partnered academic.

There will also be other tasks you could be involved in. Some you might have the skills for, some you won’t. We’ll try and recruit a balanced team in terms of skill-set and it’s a chance to develop new skills too. But roughly, as well as being an interviewer, you might:

The project runs from now until December 2019.

However, we don’t expect you to be working on the project the whole time, and there will most likely be weeks, or even months where you’re not doing much, or anything. At other times, it will be busier.

The volunteers’ research period begins in November 2018 and runs until the end of December 2018. During this time, you’ll be invited to a training day at The University of the West of England.

Between January and March 2019, you’ll be conducting interviews with the Greenham Women.

In May and June 2019, we’ll be editing and shaping your research to be uploaded on to the website, and to be archived at The Women’s Library.

The exhibitions tour will run from August – December 2019.

We have some money for travel expenses and we will try to be strategic to save both time and expense, teaming interviewers and interviewees up by location where possible.

What you’d need to commit to…

We want to recruit 10 volunteers who are impassioned by idea of the project. We anticipate that these volunteers will bring skills to share with each other, and the project, that we haven’t even forseen. But here’s what we know you’ll need to commit to as a minimum:

Just to get you inspired, a few facts about The Greenham Women

Here are just a few of the things we love about The Greenham Women, and show how impactive their Peace Camp was:

West Yorkshire? Game On!
“The need to be adaptable and innovative is constant”
Warning: Invalid argument supplied for foreach() in /var/www/slg.ampbuild.co.uk/htdocs/wp-content/themes/scary-little-girls/part-layout.php on line 4 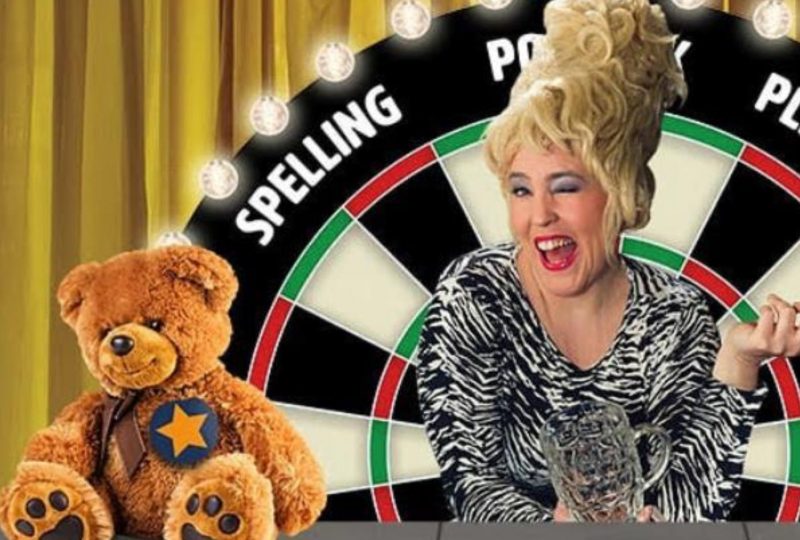 The Heroine Collective is an online UK publication dedicated to the heroic women, past and present, who have played a…

“It’s Your Round!” Yorkshire tour!

Book here and book now! A PUB QUIZ WITH A CABARET TWIST IS ALL WE CAN REVEAL… Join quiz mistress…