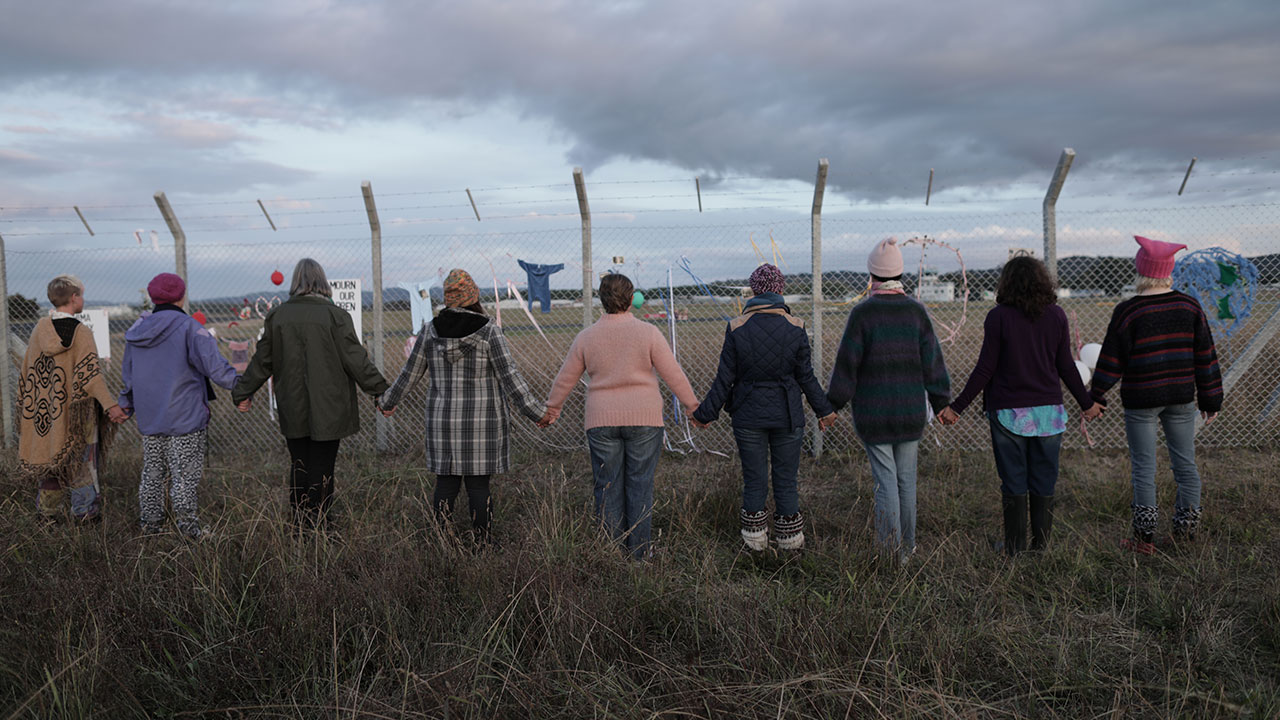 Following the release of Briar March’s new documentary about the Greenham Common Women’s Peace Camp, Mothers of the Revolution, SLG’s Artistic Director Rebecca Mordan is hosting this panel discussion between protesters young and old: women who took part in the peace camp in the 1980s and 90s (including the legendary Rebecca Johnson who features in the film) and young activists who joined the Greenham Women Everywhere recreation of the march from Cardiff to Greenham Common last month, to celebrate the 40th anniversary of this historic protest.

They will also be discussing the upcoming short film Protest by Barbara Santi, which follows three young female activists who joined the recent march, connecting the #MeToo generation with the women who paved their way:  two of these young women, Poppy and Xanthe, will also be on the panel.

“Mothers of the Revolution (in LFF 2021 Journey Strand) tells the story of a group of women who opposed the siting of cruise missiles in the UK and set up the Greenham women’s peace camp, the biggest female-led protest since women’s suffrage. Forty years on, young activists who are standing up to fight for the issues of their time – climate, race and inequality of all kinds – join us for a conversation with some of the women who took part in the peace camp to discuss their experience of Greenham Common, connecting the #MeToo generation with the women who paved their way.”