Stop the Press!  Scary Little Girls are delighted to have been invited by The Theatre Chipping Norton to be one of their two Associate Companies for 2012.  Read the theatre’s press release for the full detail.

Chipping Norton Theatre is proud to announce its support of two top-notch emerging theatre companies who will be developing new work in the heart of Oxfordshire in the coming months. Scary Little Girls create unusual and captivating work, from promenade performance walks, to literary cabarets, whilst Simple8 produce vivacious, colourful ensemble theatre pieces, using large casts to bring original scripts and adaptations of captivating stories to vivid life on the stage. Both companies will be developing new projects in Chipping Norton, staying in the town, working with local schools and community groups, and rehearsing at The Theatre.

Scary Little Girls, a large hub of creative artists originally hailing from London and Cornwall, will be presenting their hilarious book-lovers cabaret ‘The Full Bronte’ as part of the Chipping Norton Literary Festival, and are developing plans for future promenade performances to build on the huge success of the Sonnet Walks that they performed in Chipping Norton in 2010 and the Living Word Walks in Chipping Norton and Didcot in 2011.

Simple8 Theatre Company, several of whose members have links to Oxfordshire, will be developing two new plays using their time in Chipping Norton to refine the script and develop ideas for casting and performance. The New Statesman described their last performance, Four Stages of Cruelty, based on the engravings of William Hogarth and performed in Chipping Norton in 2011, as ‘a treasure chest of talented actors, impressive musicians and intelligent scripting and directing’. The Times describes them as ‘a company possessing the skills, dedication and intelligence to create wonder’, while The Independent describes their work as ‘theatrical riches on a shoestring’.

Director John Terry said ‘We are very excited to be hosting and supporting the creative work of national-level companies such as Simple8 and Scary Little Girls. The collaboration will bring the beating heart of the creative process to West Oxfordshire to the mutual benefit of the artists, the community around the theatre, and audiences across the region. It’s further proof that Chipping Norton is not a backwater, but a cultural and social jewel in West Oxfordshire’s crown.’

So, as many of you know SLG, like everyone, had their wings clipped recently and all our touring work has… 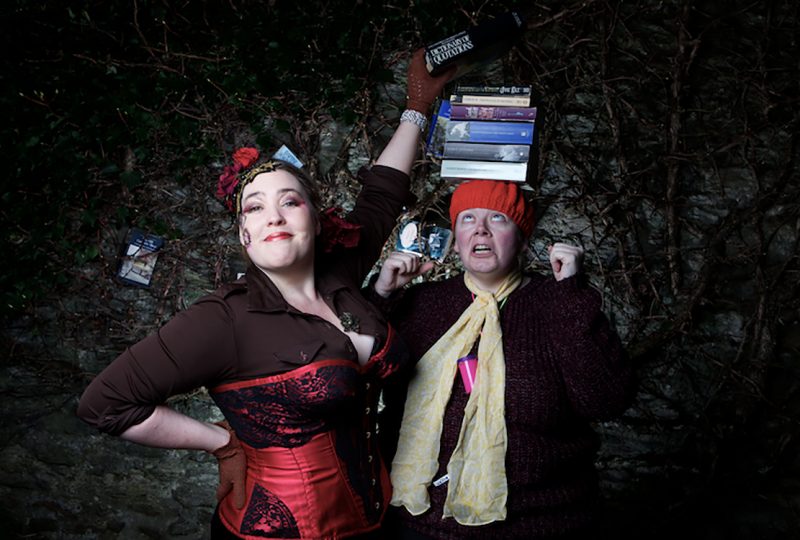