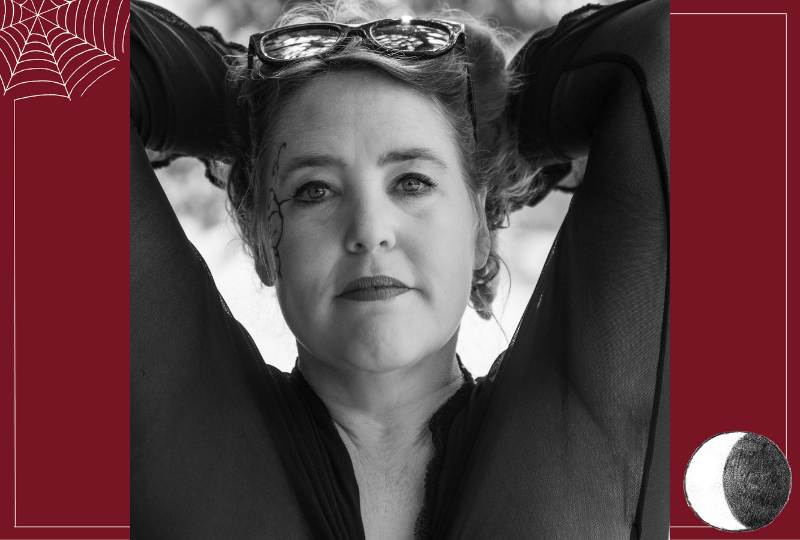 Rebecca Mordan is our Artistic Director and the beating heart of Scary Little Girls.

After graduating from Sheffield University with a BA in English Literature, Rebecca spent 3 years at Bristol Old Vic.  She has worked as an actor in film, theatre and television, and founded award-winning production hub Scary Little Girls, to create roles and opportunities for women and populate stories with diverse female characters.

With SLG, Rebecca has written, directed, produced and performed while working with a wide range of partners including the BFI, Glastonbury Festival and Hall for Cornwall (for whom she is an Associate Artist).  She recently co-wrote and presented The Greenham Effect for the BBC’s Archive on Four, drawing on the 200 plus testimonials she helped gather from Greenham Women as part of the Greenham Women Everywhere project she co-foundered.

2021 has also seen the publication of her first book, Out of the Darkness:  Greenham Voices drawing on these interviews. Her first piece of fiction for radio was featured in The UK Project, in which she was asked to represent the Cornish voice, out this year.

She is a founder member of KerPow, Cornish female artists tackling sex and gender discrimination and has been a campaigner against male violence for over 25 years.  Thanks to this she is often a ‘rent-a-feminist’ guest for BBC Radio, including You and Yours, 5 Live and Women’s Hour, and Sky News.